Few films have the potential to be as politically charged as Zero Dark Thirty. Director Kathryn Bigelow (The Hurt Locker, K-19: The Widowmaker) and producer/writer Mark Boal (The Hurt Locker, In the Valley of Elah) have evaded those minefields by focusing on the relentless CIA detective work that led to the finding and killing of Osama bin Laden by US Navy SEALs. Shot and edited in a cinema verite style, Zero Dark Thirty is more of a suspenseful thriller, than an action-adventure movie. It seeks to tell a raw, powerful story that’s faithful to the facts without politicizing the events.

The original concept started before the raid on bin Laden’s compound occurred. It was to be about the hunt, but not finding him, after a decade of searching. The SEAL raid changed the direction of the film; but, Bigelow and Boal still felt that the story to be told was in the work done on the ground by intelligence operatives that led to the raid. Zero Dark Thirty is based on the perspective of CIA operative Maya (Jessica Chastain), whose job it is to find terrorists. The Maya character is based on a real person.

Zero Dark Thirty was filmed digitally, using ARRI Alexa cameras. This aided Kathryn Bigelow’s style of shooting by eliminating the limitation of the length of film mags. Most scenes were shot with four cameras and some as many as six or seven at once. The equivalent of 1.8 million feet of film (about 320 hours) was recorded. The production ramped up in India with veteran film editor Dylan Tichenor (Lawless, There Will Be Blood) on board from the beginning.

According to Tichenor, “I was originally going to be on location for a short time with Kathryn and Mark and then return to the States to cut. We were getting about seven hours of footage a day and I like to watch everything. When they asked me to stay on for the entire India shoot, we set up a cutting room in Chandigarh, added assistants and Avids to stay up to camera while I was there. Then I rejoined my team in the States when the production moved to Jordan. A parallel cutting room had been set up in Los Angeles, where the same footage was loaded. There, the assistants could also help pull selects from my notes, to make going through the footage and preparing to cut more manageable.” 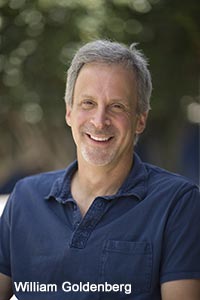 William Goldenberg (Argo, Transformers: Dark of the Moon) joined the team as the second editor in June, after wrapping up Argo. Goldenberg continued, “This film had a short post schedule and there was a lot of footage, so they asked me to help out. I started right after they filmed the Osama bin Laden raid scene, which was one of the last locations to be shot and the first part of the film that I edited. The assembled film without the raid was about three hours long. There was forty hours of material just for the raid and this took about three weeks to a month to cut. After I finished that, Dylan and I divided up the workload to refine and hone scenes, with each making adjustments on the other’s cuts. It’s very helpful to have a second pair of eyes in this situation, bouncing ideas back and forth.”

As an Alexa-based production, the team in India, Jordan and London included a three-man digital lab. Tichenor explained, “This film was recorded using ARRIRAW. With digital features in the past, my editorial team has been tasked to handle the digital dailies workload, too. This means the editors are also responsible for dealing with the color space workflow issues and that would have been too much to deal with on this film. So, the production set up a three-person team with a Codex Digilab and Colorfront software in another hotel room to process the ARRIRAW files. These were turned into color-corrected Avid DNxHD media for us and a duplicate set of files for the assistants in LA.” Director of photography Greig Fraser (Snow White and the Huntsman, Killing Them Softly) was able to check in on the digilab team and tweak the one-light color correction, as well as get Tichenor’s input for additional shots and coverage he might need to help tell the story.

Tichenor continued, “Kathryn likes to set up scenes and then capture the action with numerous cameras – almost like it’s a documentary. Then she’ll repeat that process several times for each scene. Four to seven camera keep rolling all day, so there’s a lot of footage. Plus the camera operators are very good about picking up extra shots and b-roll, even though they aren’t an official second unit team. There are a lot of ways to tell the story and Kathryn gave us – the editors – a lot of freedom to build these scenes. The objective is to have a feeling of ‘you are there’ and I think that comes across in this film. Kathryn picks people she trusts and then lets them do their job. That’s great for an editor, but you really feel the responsibility, because it’s your decisions that will end up on the screen.”

Music for the film was also handled in an unusual manner. According to Goldenberg, “On most films a composer is contracted, you turn the locked picture over to him and he scores to that cut. Zero Dark Thirty didn’t start with a decision on a composer. Like most films, Dylan and I tried different pieces of temp music under some of the scenes that needed music. Of all the music we tried, the work of Alexandre Desplat (Argo, Moonrise Kingdom) fit the best. Kathryn and Mark showed Alexandre a cut to see if he might be interested. He loved it and found time in his schedule to score the film. Right away he wrote seven pieces that he felt were right. We cut those in to fit the scene lengths, which he then used as a template for his final score. It was a very collaborative process.”

Company 3 handled the digital intermediate mastering. Goldenberg explained, “The nighttime raid scene has a very unique look. It was very dark, as shot. In fact, we had to turn off all the lights in the cutting room to even see an image on the Avid monitors. Company 3 got involved early on by color timing about ten minutes of that footage, because we were eager and excited to see what the sequence could look like when it was color timed. When it came to the final DI, the film really took on another layer of richness. We’d been looking at the one-light images so long that it actually took a few screenings to enjoy the image that we’d been missing until then.”

Both Tichenor and Goldenberg have been cutting on Avid Media Composers for years, but this film didn’t tax the capabilities of the system. Tichenor said, “This isn’t an effects-heavy film. Some parts of the stealth helicopters are CG, but in the Avid, we mainly used effects for some monitor inserts, stabilization and split screens.” Goldenberg added, “One thing we both do is build our audio tracks as LCR [left, center, right channel] instead of the usual stereo. It takes a bit more work to build a dedicated center channel, but screenings sound much better.”

Avid has very good multicamera routines, so I questioned whether these were of value with the number of cameras being used. Tichenor replied, “We grouped clips, of course, but not actual multicam. You can switch cameras easily with a grouped clip. I actually did try for one second on a scene to see if I could use the multicam split screen camera display for watching dailies, but no, there was too much going on.” Goldenberg added, “There are some scenes that – although they were using multiple cameras – the operators would be shooting completely different things. For instance, actors in a car with one camera and other cameras grabbing local flavor and street life. So multicam or group clips were less useful in those cases.”

The film’s post schedule took about four months from the first full assembly until the final mix. Goldenberg said, “I don’t think you can say the cut was ever completely locked until the final mix, since we made minor adjustments even up to the end; but, there was a point at one of the internal screenings where we all knew the structure was in place. That was a big milestone, because from there, it was just a matter of tightening and honing. The story felt right.” Tichenor explained, “This movie actually came together surprisingly well in the time frame we had. Given the amount of footage, it’s the sort of film that could easily have been in post for two years. Fortunately with this script and team, it all came together. The scenes balanced out nicely and it has a good structure.”

An interview with William Goldenberg about Argo

FXGuide talks about the visual effects created for the film.

DP/30 interview with sound and picture editors on ZDT.