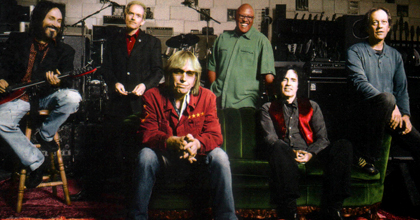 Epic documentaries about iconic personalities invariably take longer to post than first anticipated. Tom Petty and the Heartbreakers: Runnin’ Down A Dream certainly became a prime example. What started out as potentially a fifteen week project ended up taking nearly two years of editor Mary Ann McClure’s time. Like many a good documentary, Runnin’ Down A Dream benefited from a wealth of rich content that few had ever seen. Her journey started in Tom Petty’s vault searching through thousands of hours of archival footage related to Petty’s career. A short while later, famed director Peter Bogdanovich was brought in to direct the documentary – handling the new interviews and shaping the entire project. According to McClure, “One of Tom Petty’s producers, George Drakoulias knew Peter and felt that he had a good feeling for southern stories, based on how he handled The Last Picture Show. It was George who brought Peter to Warner Brothers. Before this project, Peter hadn’t been familiar with Tom Petty’s career. He’s more from the Frank Sinatra era. So, the first thing we did was assemble a lot of the archival footage so that Peter could assess the material. Then he started to get a sense of how much of an icon Petty is to people.”

McClure pulled from thousands of hours of content in a range of formats to build Runnin’ Down A Dream. Much of the footage was on one-inch videotape, which was transferred to DVCAM and Digital Betacam or Betacam SP for the edit. The DVCAM with burned-in timecode was the offline editing source while the Digital Betacam and Betacam SP tapes were vaulted until the time for online editing. This footage contained a mix of old TV show appearances, raw multi-camera iso reels from concerts and a lot of home movies. One lucky source was Ron Blair, Petty’s bass player. Blair, an amateur filmmaker, had shot a lot of Super 8MM film during the early part of Petty’s career, which has never been seen by the general public. Of course, Petty had hundreds of photo binders with thousands of personal photographs. These were also all scanned for use in the documentary and carefully catalogued so the editors could track these files through the various stages of post. Finally, new footage, especially the interviews, was shot in high-def.

The only way to tackle a job like this is one section at a time and Runnin’ Down A Dream is no exception. McClure elaborated on her approach, “ I decided to organize this film chronologically, based around the events in Tom’s life. I’d refer to these as pods. So, for instance, one pod might be centered on Mudcrutch – Tom’s band before the Heartbreakers. As we found new content or statements that applied to a section, it would be added to the appropriate pod. I used to cut on film and also on Lightworks, so I prefer to use [Apple’s] Final Cut Pro, because it feels more like a film-editing tool to me. One helpful aspect of Final Cut is that you can work with multiple project files at the same time and don’t have to organize everything into a single project. These pods became individual Final Cut Pro project files, which were essentially selects for that subject matter. I had hundreds of different project files corresponding to the pods. That’s the only way to break this down, because trying to do it all in a single project file would have become too unwieldy.”

Post for the documentary was set up at Burbank’s Alphadogs. McClure said, “I was looking for a comfortable environment in Burbank that would be convenient for Tom and Peter. It needed to be professional, but more of a boutique. I wanted someone I could trust technically to cover us if there were any problems. In the end we were there for over a year and at every turn [Alphadogs president] Terence Curren and his a staff were there to help when any issues came up.” By the time the project was done, three cutting rooms were in full swing. McClure preferred to work out of her office in Santa Barbara, operating in tandem with assistant editor Sean Stack at Alphadogs. Stack aided in the editorial process by being available to search through footage.

Final Cut Pro timeline sequences were shared between the two via FTP and e-mail. Stack explained, “Finding the right photo for coverage was part of our process and the JPEGs were easy to email along with the FCP project sequence. To save time, I applied a push-in, pull-out or pan to the photo already dropped into a sequence. In Santa Barbara, Mary Ann could quickly shuttle through the sequence, see the pictures with these various moves applied and then easily trim and cut-and-paste her favorite into the working timeline.”

Halfway through the post schedule, Jeffrey Doe was added as the second editor. McClure said, “It started to become clear that in order to meet our delivery schedule, one editor just wasn’t going to get through all this material. So, we split up the chronology. I handled the first half up to and including the Damn The Torpedoes album – around 1981 – and Jeff covered the time span after that, based on the pods [selected footage] I had already organized. Generally we worked alone, with Peter and Tom reviewing the cuts every so often. There was a good relationship with Warner Brothers, but the heat was definitely on. Towards the end, I came down nearly every day from Santa Barbara to work with Tom and Peter to get a locked cut.”

The final film is four hours long. It was distributed with a limited theatrical release as well as telecast on the Sundance Channel, but the real target is the DVD market. Did the four hour length create any resistance? Mary Ann responded, “In the beginning everyone was pushing for a two hour film, including me. But there was just so much to include and Tom is such a great storyteller. We didn’t want to string together a number of short clips and create yet another Behind The Music. Our interviews weave the story together instead of a ‘voice of God’ narrator, so even at four hours, the show moves along and is entertaining. When it got down to deciding on which pieces to drop in order to shorten the film, there just wasn’t any large section that everyone really felt like losing. It’s not like you could simply skip over Petty’s solo career or his legal battles with the record company or his time with the Traveling Willbourys. Our original cut actually came in at five hours, but we were able to trim an hour through tightening – literally cutting out frames here and there in sections.”

The task of online finishing of Runnin’ Down A Dream fell to the editorial team at Alphadogs, including editor Danica Barnes and assistant editor Sean Stack. The length and complexity of this project meant an almost four week long online session. Alphadogs owns about ten bays split between Avid systems and Apple Final Cut Pro, so generally the offline edit solution will dictate which workflow is used for finishing: Avid Symphonies for Media Composer offlines and Apple Final Cut Pro with AJA Kona cards for Final Cut offlines. In this case, that logically meant a Final Cut Pro finish. The documentary was mastered to HDCAM-SR, so all archival NTSC footage had to be rescaled to high-def. It was upconverted in a pillarbox format (black edges on the sides) using the built-in features of the AJA Kona 3 capture card, with the remaining percentage of “blow up” being handled by Final Cut’s own software resizing controls.

Nothing is ever as easy as it seems, though, and the Alphadogs team hit some issues when using Apple’s new ProRes 4:2:2 compressed HD codec. According to Stack, “The really large still photo files caused the system to choke and corrupt some of the ProRes renders, so in the end I completed the photo moves on a separate system. There are about 350 stills in the final piece. I would take these into [Adobe] Photoshop for cropping and clean-up. Then I’d bring these into Final Cut and do the camera-style moves, but render to the uncompressed 8-bit HD codec. This rendered media would then be available to Danica over our shared storage network, so she could drop my files back into the ProRes timeline. We really put Apple’s ProRes codec to the test and the final result speaks for itself. Two months after the finish, there was a screening and it looked really amazing projected on the big screen after watching it the edit bay for so long.”

A color-grading pass using Apple’s new Color application was in the original plan. Alphadogs has been working with veteran daVinci colorist Brian Hutchings to develop various workflows for Final Cut-based projects. In the end, Runnin’ Down A Dream was graded at another shop from the SR tapes on a daVinci 2K. Due to the impending delivery schedule, this was done prior to the insertion of all of the final archival footage, since some had to wait for rights clearances. This grading pass established a look for the interview sections and then the master tape came back to Alphadogs for the cleared archival footage to be inserted. These shots were largely left untouched, though Hutchings did tweak a few with the regular FCP 3-way color correction filter. Barnes also noted that some of the pristine interview footage received a slight film grain treatment to better match the appearance of the old film shots.

Even though Hutchings didn’t grade this documentary on Color, it’s a tool he regards with much potential. Earlier this year, he graded Werner Herzog’s latest documentary about Antarctica, Encounters at the End of the World using Color in an Apple-based grading room at Alphadogs. Brian offered these thoughts on Apple’s new upstart tool, “Lately there has been a growth in software for color timing. Many different applications for different workflows. Competition is good. It forces everybody to bring their best game and listen to the feedback from those who run their software. One can only imagine what tools future versions of Color will bring to us. Apple’s support of the Red Camera is in the works, so it is incredible to think of what will be available to so many more storytellers.”

Rock and documentary fans alike will want to add Tom Petty and the Heartbreakers: Runnin’ Down A Dream to their collection. Tom Petty joins a long list that includes The Beatles, Bob Dylan and Metallica to give us a look behind the curtain. Reviews have been great and even mention how seamless the editing is despite all the elements. The documentary DVD has been sold out, as well. All a result of the editors who have spent countless hours in rooms pouring over a wealth of material to weave together an entertaining story for the rest of us.