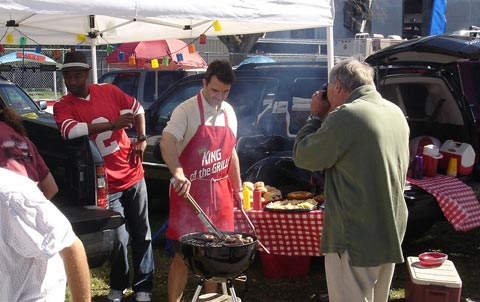 Local producers have started real productions with the ARRI ALEXA, so my work has moved from the theoretical to the practical. As an editor, working with footage from ALEXA is fun. The ProRes files are easily brought into FCP, Premiere Pro or Media Composer via import or AMA with little extra effort. The Rec 709 color profile looks great, but if the DP opts for the Log-C profile, grading is a snap. Log-C, as I wrote before, results in an image akin to a film scan of uncorrected 35mm negative. It’s easy to grade and you end up with gorgeous natural colors. There’s plenty of range to swing the image in different ways for many different looks.

Working with the Log-C profile in front of a client takes a bit of strategy, depending on the NLE you are using. Under the best of circumstances, you’d probably want to process the images first and work with offline-resolution editing clips (like Avid DNxHD36 or Apple ProRes Proxy) with a color correction LUT “baked” into the image. Much like one-light “dailies” for film-originated projects.

Many projects don’t permit this amount of advanced time, though, so editors often must deal with it as part of the edit session. This primarily applies to commercial and corporate work. Workflows for feature film and TV projects should follow a more traditional course, with prep time built into the front end, but that’s another blog post. 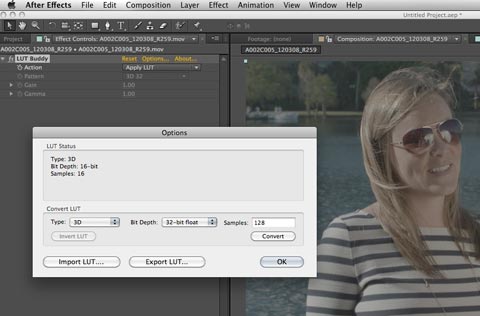 There are LUT (color look-up table) filters for FCP, but unfortunately real-time performance is challenged by many. The best performance, is when you can use the native filters, even though that might not technically be the correct curve. That’s OK, because most of the time you simply want a good looking image for the client to see while you are doing the creative cut. Apple Final Cut Pro and Adobe Premiere Pro both require that you apply a filter to each clip on the timeline. This has an impact on your workflow, because you have to add filters as you go.

One good approach, which balances FCP performance with an accurate LUT, is the Log-C to Rec 709 plug-in developed by Nick Shaw at Antler Post. It not only corrects the profile, but adds other features, like “burn-in” displays. If you leave your FCP timeline’s RT setting in dynamic/dynamic, the unrendered clips with this filter applied will drop frames. Changing the setting to Full frame rate and/or High/Full will yield real-time playback at full video quality on a current Mac.

ARRI has enabled its web-based LUT Generator, which is accessible for free if you register at the ARRIDIGITAL site. You can create LUTs in various formats, but the one that has worked best for me is the Apple Color .mga version. This can be properly imported and applied in Apple Color. There it may be used simply for viewing or optionally baked into the rendered files as part of the color correction. 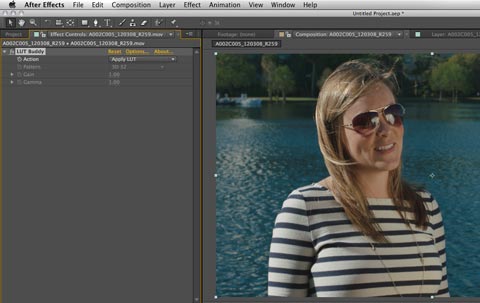 Avid Media Composer and Adobe After Effects currently have the best routines, because you can add color correction to an upper layer and everything underneath is adjusted.

After Effects actually treats this as an “adjustment layer”, like in Photoshop, while Media Composer simply lets you add filters to a blank track – effectively doing the same thing as an adjustment layer. You still won’t see the source clip as a corrected image, but once it is placed on the timeline, the correction is applied and the image appears richer. 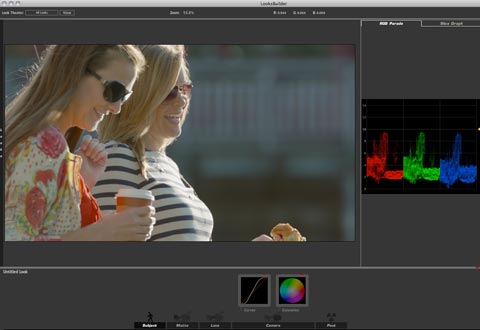 In the case of Avid Media Composer, this can also include some filters other than its own color correction mode filters. For example, GenArts Sapphire or Magic Bullet Looks. Media Composer is able to play these files at full quality, even though they are unrendered, giving it a performance edge over FCP.

I recently cut a set of national spots for Florida Film & Tape (a local production company) on a late-model Apple dual-processor PowerMac G5, running FCP 6.0.6. It was equipped with a fast SCSI RAID and an AJA Kona card. That’s a perfectly good set-up for most SD and HD post. In fact, I’ve previously edited spots photographed on 35mm film and the RED One camera for the same client and same production company on this system. G5s were manufactured and sold before ProRes was ever released; but, in spite of that, I was able to work with the 1920×1080 23.98fps ProRes4444 files that were shot. I placed my selected clips on an uncompressed timeline and started cutting. The client had already seen a Rec 709 preview out of the camera, so he understood that the image would look fine after grading. Therefore, there was no need to cut with a corrected image. That was good, because adding any sort of color correction filter to a large amount of footage would have really impacted performance on this computer.

In order to make the edit as straightforward and efficient as possible, I first assembled a timeline of all the “circle takes” so the director (Brad Fuller) and the client could zero in on the best performances. Then I assembled these into spots and applied a basic color correction filter to establish an image closer to the final. At this point, I rendered the spots and started to fine-tune the edit, re-rendering the adjustments as I went along. This may sound more cumbersome than it was, since I was editing at online quality the entire time (uncompressed HD). Given the short turnaround time, this was actually the fastest way to work. The shoot and post (edit, grade, mix) were completed in three consecutive days!

Once the picture was locked, I proceeded to the last steps – color grading the spots and formatting versions for various air masters. I decided to grade these spots using the Magic Bullet Colorista (version 1) plug-in. There was no need to use Apple Color and Colorista works fine on the G5. I removed the basic filter I had applied to the clips for the edit and went to work with Colorista. It does a good job with the Log-C images, including adding several layers for custom color-correction masks. As flat as the starting images are, it’s amazing how far you can stretch contrast and increase saturation without objectionable noise or banding.

I’ll have more to write about ALEXA post in the coming weeks as I work on more of these projects. This camera has garnered buzz, thanks to a very filmic image and its ease in post. It’s an easy process to deal with if your editing strategy is planned out.