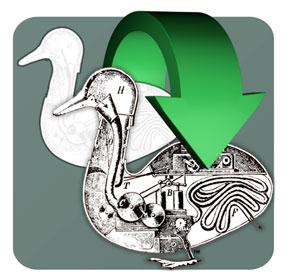 Automatic Duck has had a knack for developing tools that simply work and do the necessity “glue tasks” that NLE designers consistently ignore. They are clearly known as the standard for robust timeline translation, but in the course of that development, the company created a valuable offshoot in its Media Copy program. Originally just a “side” product, Automatic Duck decided to develop it further in its own right and has recently released Media Copy 3.0. It’s a great tool to get all the media for a project into one place for the purpose of back-up – or a useful way to move media onto an external drive for remote cutting on another system.

This post is going to be pretty short and sweet, because Media Copy is a simple, but straightforward tool. It is designed to locate and copy files from either Avid Media Composer or Apple Final Cut Pro projects. FCP is pretty simple, because Media Copy 3.0 reads an exported FCP XML file and copies the associated media to a target location. It’s just designed to copy the files and doesn’t trim or consolidate the media in the way that FCP’s Media Manager would.

The editor has two options – leave all files in the same relative folders and paths as in the original or copy the files into a single media folder. Either option is a viable choice, depending on how you want to keep the media organized. Automatic Duck Media Copy doesn’t alter the FCP project or XML info. Since new paths have been created, FCP will have to relink the next time you open the project.

It gets a bit more involved with Avid Media Composer projects, which historically treat the Avid MediaFiles folder as a bit of a “black hole”, thanks to the MXF media architecture. Media files aren’t isolated into individual project-related folders like those in FCP’s Capture Scratch folder. Automatic Duck Media Copy can pull out files using an Avid AAF export in much the same manner as using an XML file with FCP media.

A new enhancement is the ability to read directly into Avid projects and bins. If you want to aggregate all the Avid media used in a complete Media Composer project, simply point Media Copy to the folder containing the .avb files (Avid bin files) and Automatic Duck does all the rest. This includes not only copying the media, but (optionally) also the bins and sequences within bins. That way you have the option of complete or partial copies of an entire project.