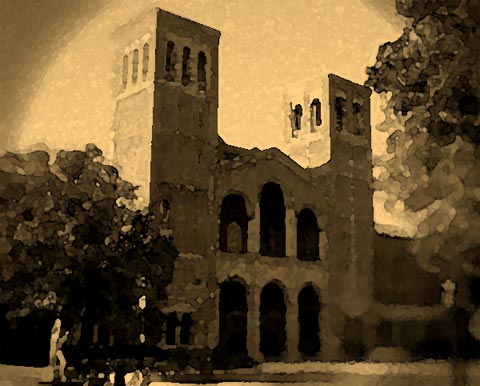 I often speak with students looking for that first job after film school. They are keen to find out what they should know in order to work as an editor. The reality is that students starting out in post need to know a whole lot more than editing. In fact, just about everything EXCEPT editing. That’s because much of the nuts and bolts post production work for ingest, logging, conversions, etc. is done by people who fill the role of a post production assistant or assistant editor.

Ironically many A-list Hollywood feature film editors aren’t the most technically savvy people in the editorial department. They are hired for their creative talent and storytelling abilities and it is often their assistant editors who handle many of the technical chores – especially in the world of computer-assisted, digital “film” editing.

Here are some pointers and areas in which to become moderately proficient as you enter into a post production career.

The obvious – Many post production jobs are freelance gigs. It is essential that you understand how to market yourself. Learn the finer points of interpersonal relationships on the job and working with clients and/or supervisors. It’s equally important to learn how to handle your personal finances in order to survive.

Office productivity tools – Though it may not seem like a part of editing, apps like Word, Excel, PowerPoint, Keynote and FileMaker are the glue that binds information together. Make sure you know how to use such tools to create and modify spreadsheets, how to turn a client’s PowerPoint into video and more.

Research – The Internet is a wonderful thing, so hopefully you’ve learned how to use it for more than Wikipedia and Facebook in college. For instance, if you are working on a documentary, you may be asked to do some research to augment the script. Learn how to go deep and spend your research time productively.

Avid versus FCP – In the real word, no one cares about this perennial platform war. You will be expected to know one or the other, depending on what the shop that hires you owns. Learn them both. Period. Small indie shops will likely base their workflows around FCP. Major LA studios, films and TV shows – as well as TV station broadcast news departments – will use Avid.

Basic VTR set-up and signal flow –  You aren’t going to be asked how to set-up every VTR ever made, but the world of tape isn’t totally gone, yet. Make sure you understand the basics of video levels and what the readings on a waveform monitor or vectorscope mean. Learn how to use a patch panel or router to get audio and video signals between a deck and an NLE. Make sure you have some basic understanding of what the common level controls do on a VTR and how to read and understand a manual when you need to get down to specifics.

Tapeless – The flipside of what I just wrote is that the modern film and video production world is on a rapid march towards complete file-based workflows for acquisition, post, delivery and archive. Learn the best practices for these general concepts, as well as specific formats, like P2, XDCAM and RED.

Audio recording – You won’t be asked to be the next Eddie Kramer, but it’s quite common to record scratch reads and other types of voice-overs as part of an edit session. Learn a bit about mic selection, placement and adjustment, so that it’s second nature when your editor asks to have the system ready for a scratch recording.

Photoshop / After Effects – Not all editing workstations will have advanced graphics software installed.  Nor is every editor a Photoshop whizz. But the more you know as an assistant, the more value you offer. These apps are used a lot to prep logos and graphics for the edit, so when an editor can hand off these tasks to a talented assistant the productivity picks up. After you’ve mastered these, you can tackle Motion, Shake, Nuke, etc.

Encoding and authoring – As the world becomes increasingly tapeless, it becomes commonplace to send DVDs or web files to the client for review and approval. Become the expert.

This is certainly not a comprehensive list, but a bit different than telling you how to sync up dailies. These are the types of “life skills” that a modern post professional should know beyond the artistic values of story and what makes a good cut.

There are quite a few good resources for aspiring editors and filmmakers. One such resource for new folks interested in growing in the business is the Production Apprentice website. My friends there have set up a site to help those starting out and give a little back to the industry. You’ll also find interviews from pros working on all sides of the camera that will give you a taste of aspects other than just camera or editing.

Alphadogs in Burbank hosts a monthly Editors’ Lounge event. One of these recent meetings discussed the relationship between editors and assistant editors. They were generous enough to record and post a two-part video of their hour-long presentation. Part 1 and Part 2 here at Vimeo. Check out the Editing Careers videos, as well (Part 1 and Part 2).

Plenty of books and training videos are “must haves” for new editors. It’s fairly common for many film students to be comfortable with FCP, but often they graduate without ever having touched Avid Media Composer – a staple of the film and television post world.

Avid has one of the most aggressive academic programs, so editing students would be remiss not to take advantage of that. A great way to ease the learning curve is Steve Hullfish’s “Avid Media Composer for Final Cut Pro Users” training DVD from Class on Demand. This four-hour DVD leverages a user’s existing FCP knowledge by pointing out where to find – and how to use – similar tools within Media Composer.

Last but not least, if you want to pick up some broader filmmaking tips, take a look at Guy Noffsinger’s “How to Make a Documentary”. This DVD takes a humorous look at all the elements that go into producing not just documentaries, but any long-form project.