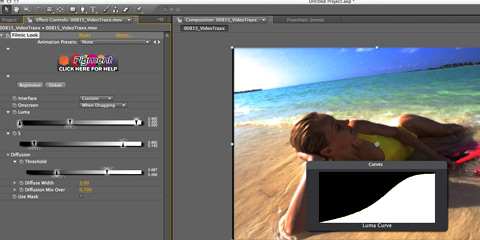 In the world of plug-in effects filters, CoreMelt might seem like the new kid but that would be incorrect. CoreMelt is the brainchild of Roger Bolton, an accomplished Flame artist and visual effects veteran with numerous film credits, including Kingdom of Heaven and The Lords of the Rings trilogy. Bolton started out as one of the principal developing partners with Noise Industries, originally designing the Organoptics FX package for Factory Tools (Avid) and later ImageFlow and PolyChrome for FxFactory (FCP).

Earlier this year CoreMelt broke out on its own to release the V2 products, based on CoreMelt’s V-Twin effects engine. It no longer ties into the FxFactory filter management engine; however, it’s perfectly fine to have both the FxFactory version of the CoreMelt products, as well as the V2 filters, installed on the same system. In fact, both CoreMelt and Noise Industries recommend that you might need to do that for compatibility with legacy projects. Previous versions installed under FxFactory show up with a CM prefix in the effects palette, whereas the new filters have a C2 prefix. 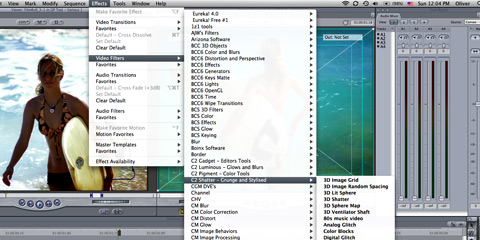 As in the case of the previous versions, CoreMelt V2 filters install into five hosts: Apple Final Cut Pro, Motion, Final Cut Express plus Adobe After Effects CS3 and CS4. These effect packs include filters, transitions and generators, which match FCP’s filter organization. Be sure to look for the installed effects in those three folders. Motion and After Effects don’t use this exact same structure, so for instance, all C2 (CoreMelt V2) selections will appears under the single After Effects pulldown menu for effects. Transition effects will have an asterisk after the name to indicate a two-layer transition effect. 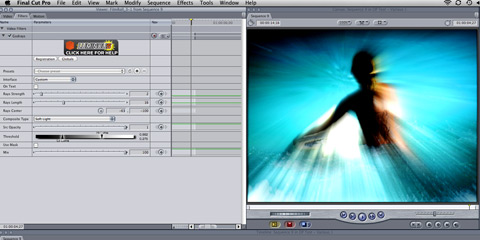 I’ve been testing the filters in FCP, Motion and After Effects and they generally seem pretty solid in each, however, it seems to me that they are most responsive inside FCP. That difference is pretty subtle, so don’t let that deter you from considering it for After Effects as a primary host. I’m testing these on a MacBook Pro, so obviously a Mac Pro tower with a fast graphics card would make a big difference. Even so, these filters run fast on the laptop and adjustments are responsive. Plus, these filters are just plain fun to work with.

There have been some solid improvements to ImageFlow Fx V2. Now you have a lot more control, including such things as adding frames around the stills from a selection of preset graphic frames.

I do a lot of the color grading, so the Pigment and Luminous filters had the most appeal to me. Like many of the newer advanced filters, CoreMelt departs from the standard FCP slider parameters to add its own custom GUI in the filter control pane. If you get lost in how an effect should work, click on the CoreMelt logo and a PDF manual opens in Preview to walk you through the steps. You can pick between the standard or custom interface. Custom uses certain range-based sliders that are helpful in some of the color correction adjustments. 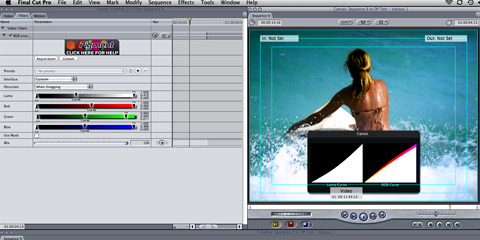 In addition, there’s a heads-up graphic that overlays on top of the picture when you are making color adjustments. You may have this up the entire time or only when dragging a slider. This seems particularly helpful when making S-curve adjustments. Curve functions are missing in Final Cut’s built-in color grading tools and would normally require a trip to Apple Color without such a plug-in.

CoreMelt breaks their products down into a number of attractive bundling options ranging from CoreMelt Complete V2 to individual filter packs. For instance, if you are only interested in the color correction tools, than all you have to do is purchase the CoreMelt Pigment pack for just those 22 plug-ins. In addition, the ImageFlow Fx V2 and PolyChrome Transitions V2 trial versions include several free plug-ins, plus there’s a free download of the 12 VeeYou filters.

I won’t go into depth on the whole set, because it’s something that’s easy enough to check out for yourself. These filters seem to have a low system impact – in other words, safe to try. On the whole, CoreMelt V2 is a great addition to the editor’s toolkit at a really low price.