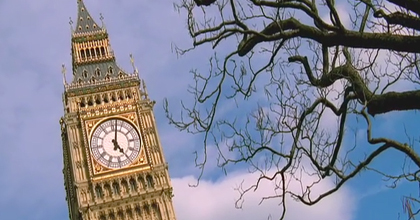 The British Broadcasting Corporation – better known as the BBC – may well be laying the groundwork for how broadcast networks operate in the coming decade. Over the past five years, the BBC has played the role of digital pioneer, employing cost-effective desktop solutions and embracing many new media concepts. The cornerstone of these new concepts is the Digital Media Initiative, which not only encompasses an interest in the use of low-cost, open architecture technology, but also the directive that any program should take all forms of media into account, not just television broadcast.

The BBC has recently organized itself into four major divisions. These include Journalism (news and sport), Audio and Music (the radio stations and music programming on both radio and TV), Vision (TV networks, drama and documentary program production and facilities) and Future Media and Technology (websites, mobile, video on demand, IT and infrastructure). As a broadcaster, the BBC operates eight national TV networks with fourteen regional feeds, as well as fourteen national and 45 local radio stations. The news operation is the second largest worldwide after CNN and media rich bbc.co.uk offers the largest web presence in Europe with two billion page impressions per month. As in the US, the UK is in a transition to digital transmission and 2012 is slated as the year to pull the plug on the analog broadcast services. Currently, more than 50% of the homes receive digital TV, albeit as a standard definition 625-line signal. The BBC and other UK broadcasters have been transmitting in the 16×9 aspect ratio for several years now, although the BBC currently only has one preview channel operating in high definition. Since the BBC is a public corporation that is funded through an annual license fee paid by all TV owners, they are under constant pressure to operate in a fiscally prudent manner and have been investigating ways to cut costs and streamline operations. One form of this is to outsource certain operations, such as their playout infrastructure to Red Bee Media, a company that was spun off to handle all transmission, broadcast playout, subtitling and promotion production for the BBC.

The BBC is embracing new media platforms and one example is an IP on-demand service to be launched soon. This will start as 400 hours/week and grow to as much as 700 hours/week. It comes with an interesting business model. The first seven days are free, then from the eighth day up to five years you will have to purchase the program, after which time it will be available for free again out of an archive. As an embrace of mobile viewing habits, I noticed that the BBC’s morning news program Breakfast was available for download as a video podcast. There is also a deal in the works with Virgin Mobile to deliver BBC 1 and 2 and the News 24 service as streaming media to cell phones and other mobile platforms.

I spent some time discussing the BBC’s future with several senior production and technical staff this fall at the BBC’s Broadcast Centre in the White City section of London. Although their pilot testing of Apple’s technology has been discussed by many online pundits and in various Internet forums, I found that the truth is really a matter of the appropriate tool for the task – or as the English say, horses for courses. For example, the London news operation is built around a Quantel sQ Server news solution with about 2,000 journalists and news editors connected to Quantel sQ Cut and sQ Edit client software. A new regional Scotland production and broadcast complex currently under construction, code-named Pacific Quay, will use an end-to-end Avid newsroom solution including a fair amount of Avid’s new Isis shared storage.

According to Paul Cheesbrough, Technology Controller for Production at the BBC, “We are really looking for the most cost-effective, open solutions that don’t compromise on service and quality. We have strong tier one partners in Apple and Avid, but as we move forward to replace legacy facilities, the goal is to use technology that best fits our mandate of 360 degree commissioning. That’s a term we use to indicate that any programming should work across all media platforms, whether that’s radio, the web, an iPod or television. Production and post technology have to serve that goal, so we are looking at digital, IT-friendly, tapeless products and solutions. Right now Apple appears to fit into our corporate network the best and Final Cut Pro is a good fit for long form programming; but in the case of hard news, Avid has a proven product line from ingest to playout, which made the most sense in Pacific Quay. I’d have to characterize us as an Avid house here at the Broadcast Centre, but as we refresh older technology, in many cases Apple will get the nod.”

The White City studio complex is home to about 60 Apple Final Cut Pro suites connected to local as well as Apple Xsan shared storage. Of these about three or four are finishing/online-editing suites, while the remainder are simple cutting rooms. More advanced color grading or post production sound mixing in special cases is outsourced to one of the many Soho post houses in London. Phil Checkland, Head of Production and Planning for BBC Factual and Learning joined our discussion. Factual and Learning is a programming group within the BBC responsible for long form documentary and entertainment programming. “We’ve been involved in a test called the Creative Desktop for a while now. In the past, we would go out-of-house at high hourly post rates for all of this editing. Our target is to save £ 1 Million a year by bringing the editing in-house. The time is scheduled through BBC Resources, so we are in effect their client. At the moment, the cutting rooms are running at 90% utilization, which will be a significant savings. As we started exposing more producers to desktop editing, we decided it was important to keep craft editors involved, since their skills are so important. We added training programs to help the transition to Final Cut Pro. Our creative teams are really a combination of producers and editors working together.”

In the States, even the most pro-Avid editor or facility owner will grudgingly admit that Final Cut Pro is up to the task of delivering shows to air, but for its champions inside the BBC, it seems that work is still needed. Phil continued, “Ironically, many folks still think of Final Cut Pro as a producer’s toy or something you do your kids’ movies with. Not all of the producers took to the new ways at first. In the past they’d get to go to a nice, plush Soho post house at a high rate, but that’s changed. Admittedly our rooms are more functional, but most really enjoy that they aren’t tied to the clock and can really spend the time to get the best product. We are now at the conclusion of the Creative Desktop trial and know it works, so the plan going forward is to implement what we’ve learned.”

According to Paul and Phil, most of the editing done these days is at full resolution. There is no need to bring in dailies at low resolution and then batch capture at a higher resolution for final output, since the media doesn’t stay on the drives that long. There is adequate Xsan shared storage, so producers can always work at the final resolution for air. In an interesting twist, the BBC doesn’t actually own these systems. Electronics giant Siemens holds the contract for IT support at the BBC. Since desktop computers are technically an IT purchase, the Macs and software for these Final Cut Pro suites are actually supplied and maintained as part of the IT contract – another part of the BBC’s business that has recently been outsourced. BBC Resources is also able to book BBC facilities for outside clients. If the BBC’s internal production staff doesn’t use the studio or suites, other producers can book them, as well. In fact, both staff and outside producers pitch shows to the various programming arms of the BBC, and 25% (up to as high as 50%) are given the green light to be produced by other production vendors. This also includes co-production deals, such as those between the BBC and Discovery.

As in most broadcast operations the sports department has its own set of requirements. Jim Irving, Senior Producer, BBC Sport explained, “Our editing revolves around getting to air quickly. Our shows master to Digibeta, the producers do a paper cut and then there is a direct online edit, which typically happens in an Avid Media Composer Adrenaline bay here at the BBC. We are actually the largest client for BBC Resources – providing about 40% of their post business. Our biggest special concern is the library. Sport production has different needs for archiving than a general tape library, because we rely so much on quickly finding highlights of past events and performances. We are currently designing the specs for our new library. Archival material will be MPEG2 now and later move to 50Mbps MPEG4, as well as proxies.” Currently most of sports production is recorded on tape. According to Paul and Jim, they are looking at both Panasonic’s P2 and Thomson’s Infinity products, but there’s a policy against using Sony XDCAM-HD.  Paul pointed out, “We like P2 because the concept of solid state simply seems better. XDCAM-HD is an interim technology and we’d rather avoid that. As commodity pricing drives the cost of solid state storage down, that will be the best option in the long run.”

The BBC’s strategy is to have all production moved to high definition video by 2010, but there is apparently no edict regarding 720p versus 1080i or 1080p. Any HD standard the producer feels is appropriate for the production is acceptable to the BBC. One consideration is co-production, so even if the BBC doesn’t need an HD version today, the co-production partner might and that will determine the production format of choice. The BBC’s Creative Desktop and Digital Media Initiative are just another example of how an industry leader is tackling the challenges faced by broadcasters worldwide. If successful, plenty will copy the approach of this digital pioneer.